Understanding Suburban Coyotes: their ecology and relationship with humans

With an increase in the number of interactions comes an increased potential for human/coyote conflict. This potential has garnered the attention of communities, wildlife professionals, and researchers in the northeast. For example, the NY State Department of Environmental Conservation (DEC) has recorded increasing numbers of complaints about coyotes from residents in suburban areas around the state.

To provide communities and managers with the tools needed to make informed management decisions, the DEC and Cornell University conducted a multi-year study. We investigated a variety of issues surrounding suburb dwelling coyote populations and human/coyote interactions. The study included research into the behavior of urban coyotes and well as the attitudes and behaviors of people in areas where coyotes live. Publications from this study will be available soon. 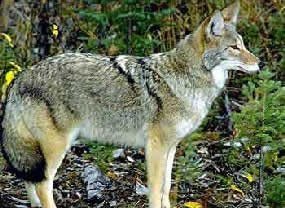